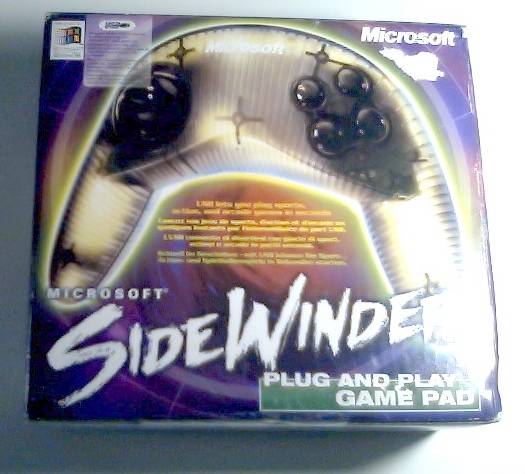 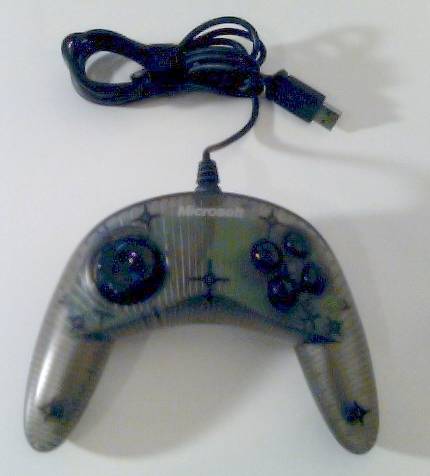 This USB controller works out of the box with Windows 10, which is nice, considering that the box says “Designed for Windows 98”. Wikipedia says the release year was 2000.

The grip feels pretty decent, but I don’t know what to think of its directional pad. It’s a weird, smooth, inverted bump that can be pushed down in addition to being nudged in the cardinal and diagonal directions. The travel downwards is not a control or button. Honestly, I’m not sure why it does that.

I had to grab one of these just for the camp factor. Have you seen those SideWinder marketing videos?

Granted, this Plug-and-Play unit is pretty spartan and ordinary in comparison. I probably dropped too much on it ($8, which is approaching the cost of an iBuffalo USB SNES pad clone), but I’ll keep it plugged in for a week and try some games with it and report back on whether it’s any good.

Update: So I played some Shovel Knight and Umihara Kawase with this controller. The right-side action buttons are A-OK, as are the left and right shoulder buttons. As for the directional pad, my left thumb feels like it’s been through a workout. Since the d-pad has a concave indentation (maybe better described as a crater), the edges of your thumb are constantly being squeezed against a circular ridge of plastic. The dpad is also rotated slightly clockwise, and it’s not always clear where straight down or straight up are by feeling alone. The controller has transparent plastic, and you can see that the d-pad component is mounted to a larger PCB disc which is responsible for pushing down on the contacts. It’s almost like a short joystick that’s been recessed into the controller. Weird.