Alright, back to this. 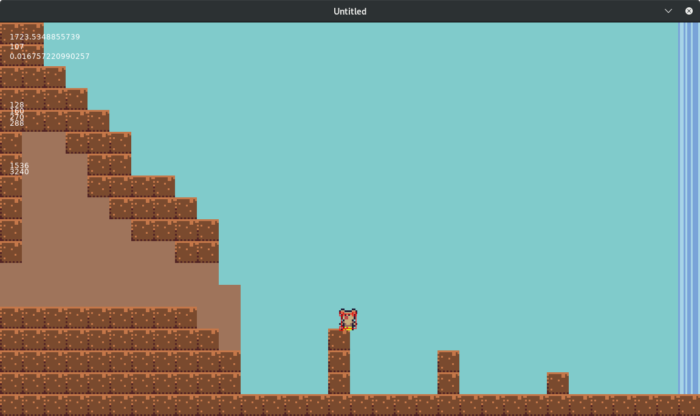 The existing code is not so rosy, and far from what would be considered proper use of Lua, but I think I can shape it into something that fits my needs, for this game and for future projects of the same style. Before this week, the map wasn’t displaying correctly, collision detection only worked against one hard-coded tile, and animations were technically present, but not actually connected to the player’s actions. I’m happy with this week’s progress.

My earlier goal to get this done in two weeks could have (maybe?) resulted in a finished game, but the underlying scripts wouldn’t be useful for future projects. I’m enjoying working on issues and getting things working, but at the same time, I don’t want to spend forever on this. What to do…