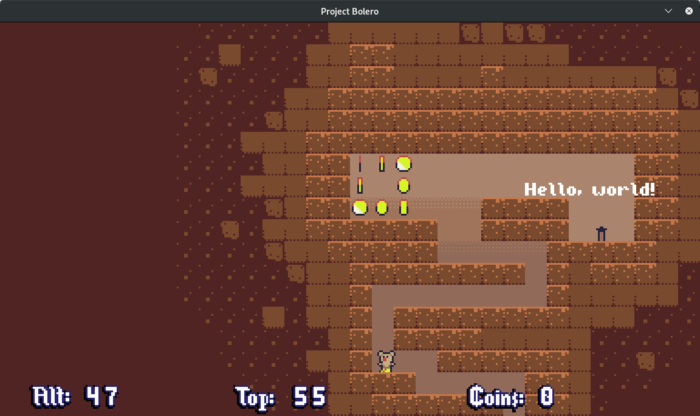 Geez, this is starting to feel like something tangible.

I’m feeling a bit lost regarding how to refine the engine. I think I’ve severed the majority of the project’s tendrils latching into the core (though every time I say something like this, I find something else that should be shuffled around.) Now I want widgets, an animation editor, a map and matte background editor, a simpler interface for building up actors, and things like angled floors. Tiled is excellent, but something more integrated into the engine would also be nice for workflow reasons.

I’m torn between 1) finishing Up High, and once it’s out the door, stripping out everything specific to that project and making the core a strictly separate entity, and 2) just working on the engine and building up those things I mentioned in the previous paragraph.

I am once again cutting this post too close to the scheduled deadline. I guess I still need to think about which path I want to take here.