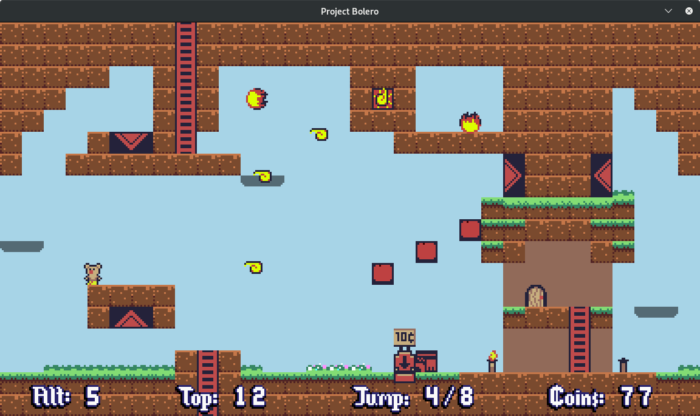 I hit a couple of snags this week: the aforementioned desire to redesign the game’s objectives, and also challenges in exporting an HTML5 version. It looks like it’s been a few years since the love.js emscripten port has been maintained, and my understanding is that it no longer targets the latest version of LÖVE. Early on, I had converted a simple LÖVE test project through love.js successfully, but I have not been doing frequent web builds since then, and now my current project isn’t able to launch. (It says “Running” but nothing happens.) There is also a self-contained LÖVE Web Builder, which works for small test projects, but the resulting package can’t seem to locate main.lua in my project’s .love file. If I swap main.lua for a simple “Hello World!” main.lua, including requiring one other source file, that will work. So there is an issue somewhere between that simple test file, and my current project. I’m not sure how to troubleshoot this, and right now, I don’t have the time to isolate the project in small pieces to figure out what the culprit is. Maybe in the future I will reach out to the support forum to figure this out, but for now, the game will be download-only.

That said, this doesn’t mean that the HTML5 situation with LÖVE won’t change in the future. I think the best thing to do right now is not worry about it too much.

I’m getting a bit faster with adding new actors. I’m going to need a few more hazards in order to fill out the remainder of these screens.