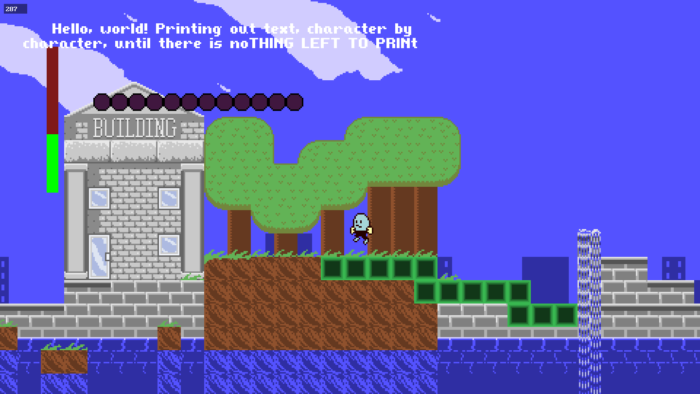 When I split the codebase off from Hibernator, I removed a lot of Hibernator-specific stuff to make it easier to rewrite portions of the engine. This included all of the platformer movement code. I’m struggling to settle on details of how the game should play, and I think the lack of actual platformer controls is a huge part of the issue. I know a bit more about Lua now, so I’ve started writing a separate module to handle platformer state so that any actor or object can take advantage of the same code.
I’ve just gotten the platformer collision detection working again, but I need a new way to tag terrain attributes to tileset tiles. The codebase unhelpfully refers to “cells”, “tiles”, and “tile_ids” for things ranging from the actual integer value of a given coordinate in a tilemap, to an array of integers representing tileset terrain attributes. The latter of which … no longer exists in the source files? This all needs a thorough rewriting.
Plans For Next Post