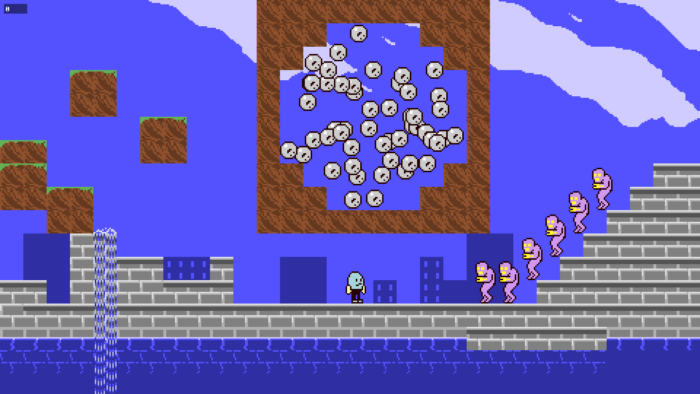 Testing some temporary / stand-in actor types, with easier-to-manage collision detection and movement code than what was in Hibernator. The purple guys actually fall down when not standing on solid terrain, unlike any non-player character in Hibernator. The circular actors are bouncing around within a container of solid terrain.

I felt like I was going to get further with platforming and actor state management this week, but I ended up shuffling around a lot of core engine code instead. The structure is a little better now, which is good, but it makes for no plainly visible improvements. I’m out of town this weekend, so I won’t be able to do as much as I’d like on it.

I came up with some droning SFX that I’m happy with, but not sure if they will make it into Bolero 2.

I bought and played Attraction Force, a fun little arcade platformer from the maker of [Speer] on Itch.