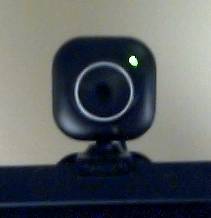 I’ve been trying to figure out what to do for pictures in these thrift store posts. I’m one of those weirdos who doesn’t have a smartphone — nothing wrong with them, but I’ve never been able to get over the initial hurdle of cost, combined with their throwaway nature. I didn’t have a cellphone of any kind, period, until my old job put me on a weekend on-call rotation. And though my flip-phone (which is basically just a big pocket-watch that I have to charge, considering how often I use it) does indeed have a built-in camera, there appears to be no way for me to transfer those photos to another device.

The 1381 webcam is frankly pretty obsolete, but it works with Windows 10, and will suffice for the purposes of this blog. Not too bad for three bucks.

Edit 28/Nov/2016: I caved, and ordered an Android smartphone to help with my current job. It was not three bucks 🙂