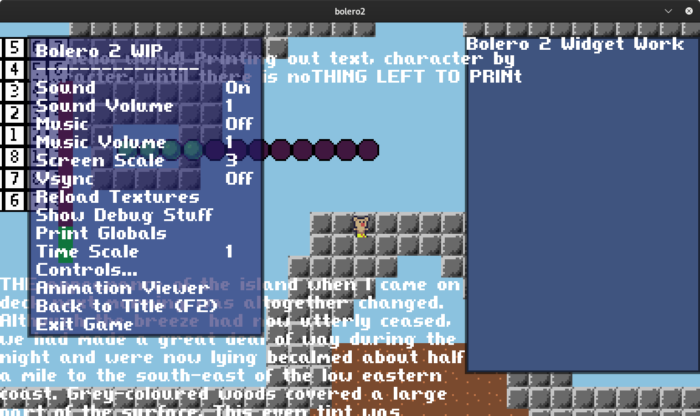 I’m holding off on rewriting the audio subsystem until I have more substance to the game. Source:clone seems like the way to go.

Here are some mock ups (subject to change, of course.) I have a really old TN LCD monitor, so the colors and saturation might be a bit off. 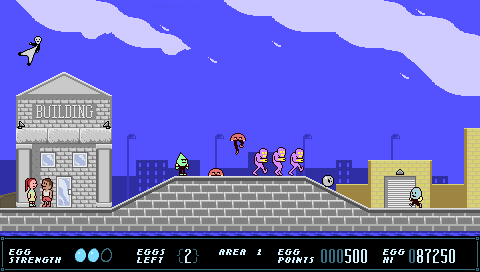 Lastly, here is a pic of Bolero 2 with some of these graphics and animations plugged in. There is no platforming or collision-checking code, as I tore it all out with the intent of redoing it. Nonetheless, it’s a great feeling to have things like tilemaps, scrolling and animation already working and ready to go. 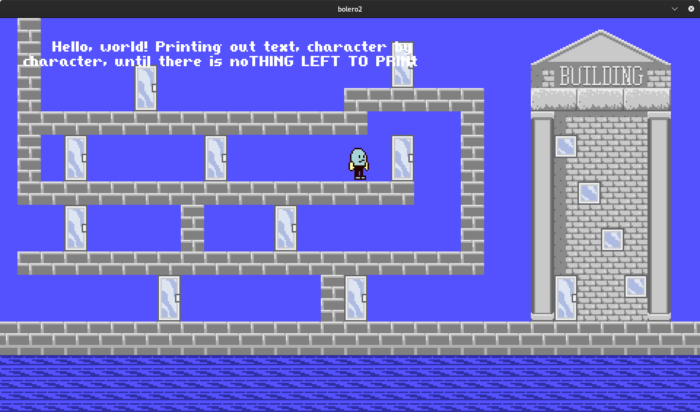