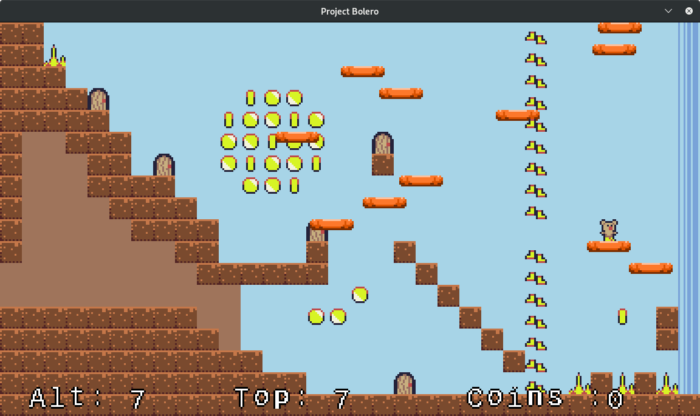 Still a ways to go, but the codebase is a fair bit cleaner now. I don’t have an animation or hitbox editor yet, but if I want to add another actor entity, I know the steps to define their template, define an animation, spawn them on a map, and where to place their update logic. It’s beginning to feel a little less like a prototype and a little more like a real game.

While working on sound, I’ve noticed some pretty substantial audio latency at times. Rebooting seems to resolve it. I’ve been experiencing the issue in other programs as well, not just LÖVE. I guess I’ll look into that later on.

I’m beginning to be tempted by mission scope creep: I’m feeling like adding bodies of water to swim and float through as well.