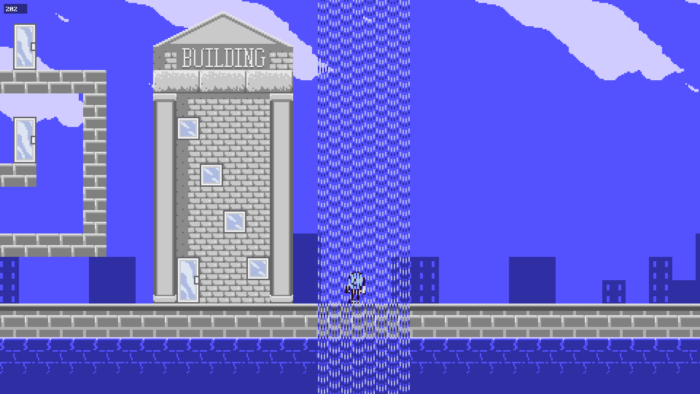 Just hanging out behind a waterfall. Just standing and being cool, next to Building.

This will likely be the last update for Faux Amis. It’s over a year old, and people who play ZZT do so with the understanding that things can and will break. Time to move on.

Of course, about a minute after uploading 1.02 to the Museum of ZZT, I realized I didn’t update the version string in the text file. Oops.

Hibernator is a prototype, and I didn’t have plans to patch it beyond crash mitigation and usability issues. The ending graphics not appearing is a pretty embarrassing problem, though! This has been a good learning experience, especially regarding the save and config files.

If you saw the post I made last week and noticed the weird green tiles everywhere in the screenshot, those were a stand-in cell for the collision detection function, until I could get tile-to-terrain mapping working.